I am not on Facebook and have only nominal involvement with Twitter. (These posts are tweeted out automatically…when my account is not suspended, as it is now, for some reason.) And I am an infrequent contributor of Paris photos on Instagram, but don’t hold your breath for the next pic. Most of the time I can’t be bothered.

So I welcome thoughtful and considerate comments about the article below, discovered by our foreign correspondent David. The article was published in The Telegraph, generally considered to be a conservative newspaper. 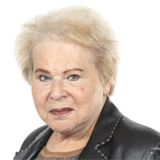 Is it right to deny people who incite violence a public platform? You bet it is. All free societies do this to a greater or lesser extent. Open democracies which guarantee freedom of expression have always drawn lines. You cannot attend a civic meeting, or even stand on a street corner, and shout death threats without being arrested. The obvious charge would be of threatening behaviour or causing an affray. Scarcely anyone would be likely to dispute this. So that’s the easy one. There are far more difficult questions to examine in what is becoming a major political issue for our time. So while we wait to see if the Trump mob will turn up at Joe Biden’s inauguration on Wednesday to test the principle once again, perhaps we can examine the more difficult problems, some of which are new and others of which are not new at all in spite of their technological dimension.

This is not really a debate about “free speech”. What that properly entails was established long ago and is (or was) accepted by general consensus: it involves respecting the rule of law and the rights of others to hold differing views – which is to say not threatening the safety of people you disagree with. But something peculiar has happened to public discourse in the last few years. It now has a dimension – or an arena – in which participants expect to ignore all the previous understandings of what constitutes acceptable conduct.

The hot topic has become: are the Big Tech outfits, which make available wildly irresponsible messages, publishers or simply platforms? If the former, then they are liable for what appears, if the latter they are not. The tech giants are clearly terrified by this debate since a judgment that they are, in fact, publishers would involve them in an enormous and hugely expensive extension of their duties to monitor everything that appears on their sites.

Add to this that it is precisely the uninhibited lawlessness of these venues that is part of their appeal, and a decision to classify them as publishers would pretty much put them out of business – or at least, not make it worth their while to carry on. So they are now attempting to make some concessions to these demands for social responsibility which will almost certainly end in an unsatisfactory dog’s dinner of compromise.

But this is the less interesting problem, being simply a matter of legal definition. What really needs to be asked is, where on earth has all the hatred and murderous intent come from? Why should the appearance of a new, uncontrolled medium have produced this peculiarly ugly thing? Has it always been there – vicious and bloodthirsty – simmering away in secret corners, unable to find an outlet for its frustrations?

There are those who would claim that indeed it has – and that social media performs a useful function in revealing its existence by permitting to be said what was once socially unacceptable. Established governing classes can no longer take their smug assumption of moral authority for granted. Many apologists for the Trump riots argue in this way. The assumption here is that, however wicked or criminal an impulse may be, it is better to have it out in the open than hidden.

But until very recently we believed something quite like the opposite of this: that it was the proper business of responsible government to teach people to restrain their most malignant, destructive inclinations for the sake of the greater good. That was the basic requirement of a civilised, tolerant society. Have we changed our minds about this? If so, why? Is there a complacent post-Cold War belief that the world is no longer perilous, and that the future of Western democratic values is no longer tenuous – so why not cut loose? That would, of course, be a very dangerous delusion. The threat from social disruptors has arguably never been greater now that they are nihilistic and indiscriminate rather than coherent.

There may be a significant historical point here about the anarchic forces of hate and division which proliferate on social media. Many of them (particularly the conspiracy theory merchants) make use of the techniques of Cold War political subversion. But back in the day, political activism was a quasi-professional occupation strictly controlled and disciplined by the Communist party or its dissident tributaries like the Trotskyist movements.

Now the tactics are unfettered by any need for clear objectives or understanding of arguments. And their purveyors do not even have to identify themselves: I am convinced that the anonymity (or pseudonymity) of social media has a great deal to do with the miasma which has overwhelmed it. Not only is it impossible to know who is responsible for any statement: it is impossible to determine whether that individual actually exists, or whether an apparent army of commenters is just one person posting under a great number of different identities.

What seems to be a large popular movement can actually be a small number of very busy agitators providing (as the old Cold War activists used to do) a sense of momentum that draws the discontented or confused into their orbit. Coupled with the legitimising of violent action, this weaponising of inchoate grievance is terrifying in its possibilities: it may be the greatest threat to political stability that the West has encountered.

What of the otherwise rational people who go along with this fashion? We all know of sensible people who take on a persona of gratuitous venom in their social media guise. A high profile figure on the Guardian recently tweeted a demand that all Telegraph columnists be buried alive. As you might expect, I took this rather personally – especially as not long ago, I defended the Guardian to the death over the Edward Snowden affair even though the paper’s political orientation was very different from mine.

When the then-editor wrote to thank me, he began by saying, “We may not agree on many things…” That was how grown-ups, especially in our contentious trade, used to talk. They might exchange accusations or insults in the heat of debate, but they did not call for each other to die – not even as a puerile joke. Whatever happened to that?

6 thoughts on “Anti-Social Media…From The Telegraph”

This site uses Akismet to reduce spam. Learn how your comment data is processed.